It’s the holy grail for any online business.

Except it’s a little harder than that. 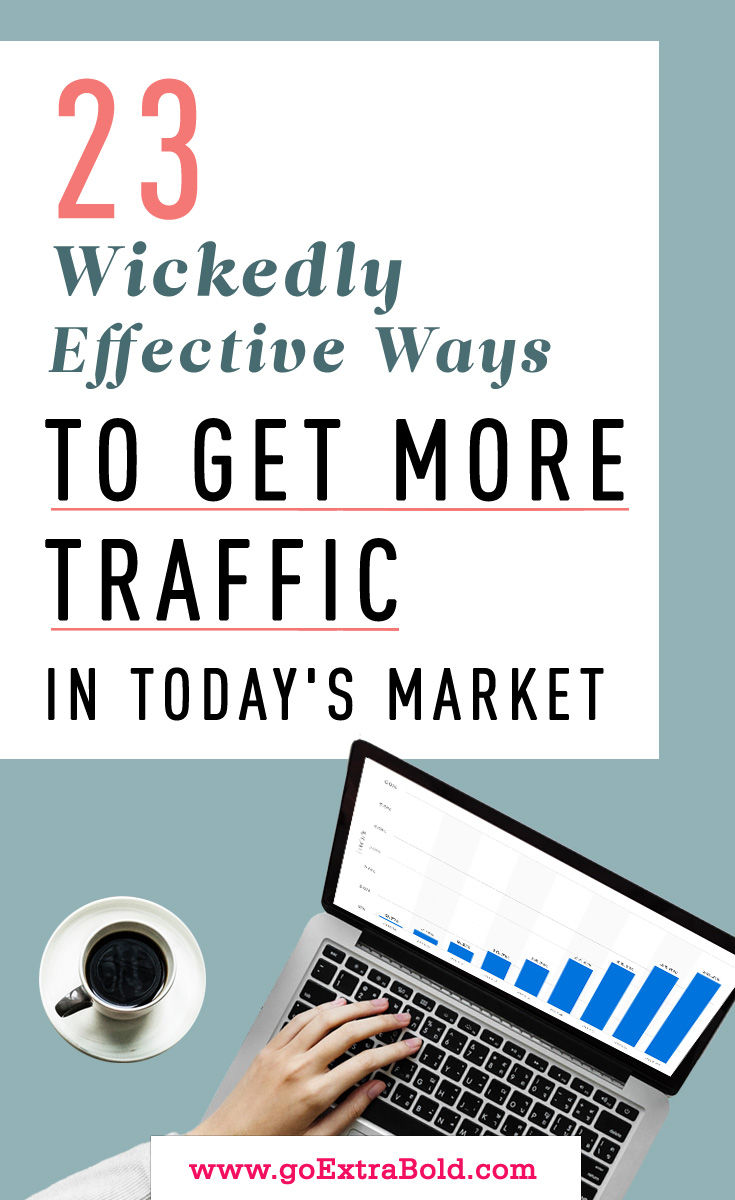 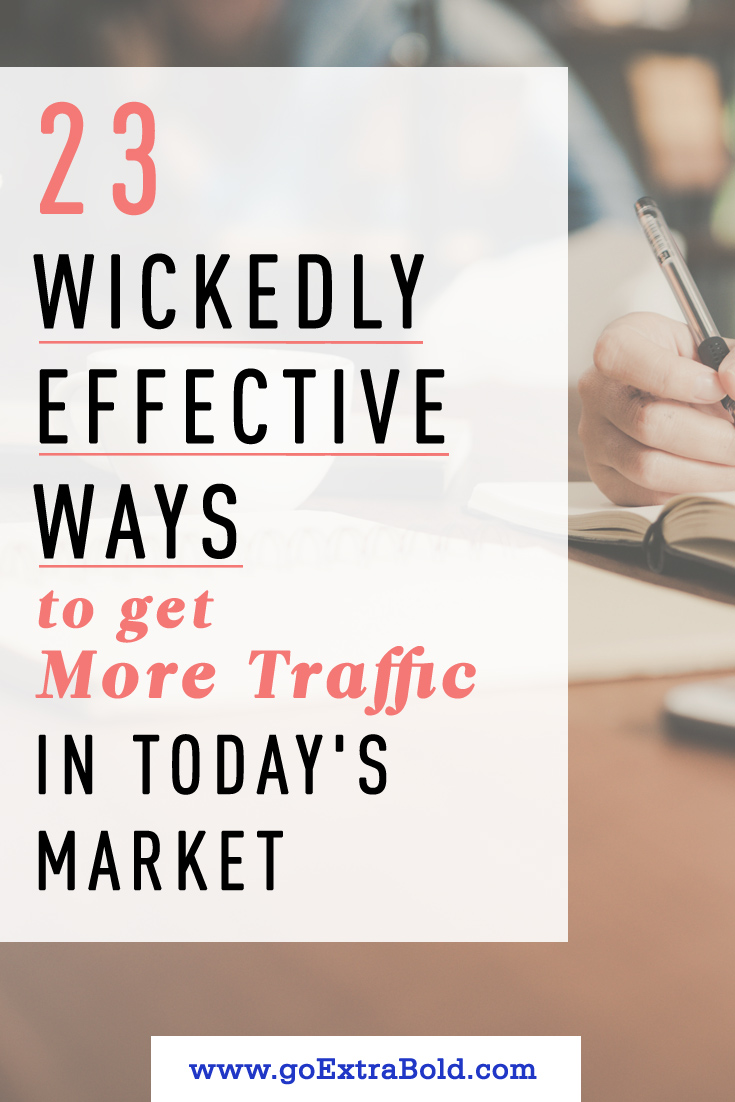 Because attention spans are stretched thin, and the truth is, there’s only so much to go around. The Internet used to be a land grab. There wasn’t enough content and there were too many people.

Now, there are two few people, and too much content.

Does that mean it doesn’t work any longer?

Of course not. New sites explode with attention every day. But the key is, as you do all of these, you have to shift your focus. Creating value isn’t enough.

You have to lead. You have to take a stand and make people believe in something, so they see more.

Don’t make the goal of your posts to inform. Make it your goal to shape belief.

Now let’s take a look at some strategies you can use.

1. Create high value content
It’s always been true, and it always will be. What’s different now is that you expand your view of value. Don’t just look for a tip here and a strategy there. Think of what makes people read. Entertainment. Validation. Curiosity. Distraction. And, of course, yes, to get shit done. Think broadly.

Related: Make sure to check out more content writing tips 3 Ways to Create an Authoritive Blog in 2 Minutes Even if You’ve Never Made a Single Post in Your Life

2. Be Persuasive
You know what makes people read? If not, you should. The ability to create a hook, to open loops, and to invisibly push people through your content will make all the difference. After all, what use are things like content upgrades, if people don’t stick around long enough to read? If you’re not sure where to start, then take Robert Collier’s advice, and remember that you always want to enter the conversation in the buyer’s mind. Marketing is nothing but a million ways to do that.

3. Comment on other blogs
It gets harder and harder to do, but it still is a great way to connect with people, while putting you in front of an audience. The key is you have to get noticed. So take the time to say something meaningful, and study what others have said, so you don’t just say the same thing. If you do, you can not only get some attention, but you can build a relationship.

4. Participate in Facebook Groups
Are groups in Facebook dead? No way. I’ve gotten from posting and participating alone. But you have to prime the pump. People will look you up, and if they see your profile, and they don’t know what you do or you look like a hobbyist, nothing is going to happen. Do the prep work to make your profile sing, then post away. Like commenting on other blogs, be ready to take a position and say something interesting. Remember, the first things you think to say are usually the first things others think to say, too. Go deeper.

5. Guest Post
This must be the single most common suggestion for getting traffic I see. And it sure doesn’t get the same mileage it used to, but that doesn’t mean it doesn’t work as part of a bigger strategy. One of the many keys is making sure to plan ahead. Plant content that makes people want to know more. Hint at the offer you’ll make at the end. And do not skip out on making an offer at the end. Don’t just rely on the link to your website to generate the traffic. You have to make people want what you have, and that means offering something specific.

6. Share on Instagram
Instagram is raging with activity. Unfortunately, most of it is useless. Take the time to write something useful. Don’t just toss out a picture and a few hashtags. Write something engaging that people will want to reply to. Ask a question. Bring people into your life.

7. Pin
A lot of people don’t realize that Pinterest is a great place to get traffic. But you have to think ahead. If you just stick a “Pin It” link, no one’s going to bother. You have to think ahead and create pin-worthy content that targets your audience, then design images specifically to be pinned. Do that, and it’s powerful. Because Pinterest isn’t really a bunch of pictures. It’s a visual search engine.

8. Share to Group Boards
This takes a little time to get going, but if you go the Pinterest route, this is what you want. Get to know people and become part of their groups. Group Boards let you post your pins to a primed-and-ready audience that’s waiting for your content.

9. Create a Lead Magnet
A lead magnet is a freebie you give in exchange for people giving you their email. That’s going to let you stay in touch, and what you want is a lead magnet that addresses a small part of a problem your products solve. That way, you know if people download your lead magnet, they’ll need your product.

10. Create Content Upgrades
Content upgrades are similar to lead magnets, but they’re specific to a particular post, so they take advantage of the fact that you know they’re interested in the subject. For example, if someone is reading about how to send a series of emails to launch a product, then you know they’ll probably want to see the exact emails you send, making them very likely to sign up.

11.Feature Someone
It flatters them, it gets them to point people to your site, and it builds a relationship. But it’s really the third one that matters the most. That’s also the one most people skip out on. When you build relationships, you can do joint ventures together, you can build one another up, and you also get indirect access to their network.

12. Cross Link
Did I just mention how relationships matter? This type of thing is why. Don’t just spam a bunch of people asking them to feature you. Get to know people, nurture your relationship, then do things for one another. Pretty soon, traffic will be coming in droves.

13. Be Consistent
Blogs are like sharks. You have to stay in motion or else you die. Create a calendar. Schedule time in to create content. And be regular. You don’t have to be a slave to your business, but you do have to feed it and nourish it.

14. Tease People
You don’t always have to give away the farm. In fact, you shouldn’t. One of the biggest mistakes people make when they write, is they give away too much. No one is going to be hungry if you give them a 2 pound cut of meat. Give people a sampler. Hint at results. Make them interested, and they’ll keep coming back.

16. Write Long Posts
While you may not want to give away the farm, you do want to throw out some red meat from time to time. And sometimes, you want to make it epic red meat. It can be great for SEO. For virality. And for authority. Nothing builds trust like seeing the proof in the pudding. Does it always work. No. Nothing does. But does that mean you shouldn’t? No way. Try looking up the Skyscraper technique, and learn more about creating killer posts.

17. Create Reverse-Order Subheads
Did I mention getting people to the end of the post is everything? Of course I did. But let’s hit it from another angle. Create sub-heads in your post that make people curious about what you said before the subhead instead of after the subhead. It will get the scanners to scroll back up and read, and that’s going to make it much more likely that they’ll connect with you and share.

18. Imbue It with Purpose
If you don’t stand for something and have the nerve to lead, no one is going to follow you. Know what you’re about, and make sure your content bleeds with purpose. Steel yourself. Be ready to win friends and create enemies. Screw the fear. Go full steam ahead.

19. Tell a Story
You know why people don’t read? It’s not because most content is useless. Though it is. It’s because most content is booooring. As in snooze fest. The easiest way to prevent that is to tell a story. Here’s what’s better yet. Learn to tell a good story. Believe it or not, I see people take the advice to heart that they should tell a good story, but it never occurs to them that there are better and worse ways to tell stories.

20. Curse
With my first blog, my big moment came the first time I cursed. Some people say it’s a pattern interrupt. That’s just a fancy way of saying that it breaks expectation. Some studies have even show that it makes you more trustworthy. Fuck yeah. But, seriously, it’s not about whether you curse or not. It’s about whether you’re for real (You’ll notice how I didn’t use a bullshit word like “authentic.”). Be true. Be you.

23. Use Odd Numbers
People don’t like even numbers in steps, lists, and all the like. It’s just how we are. Don’t ask why. So be like Nike and just do it.