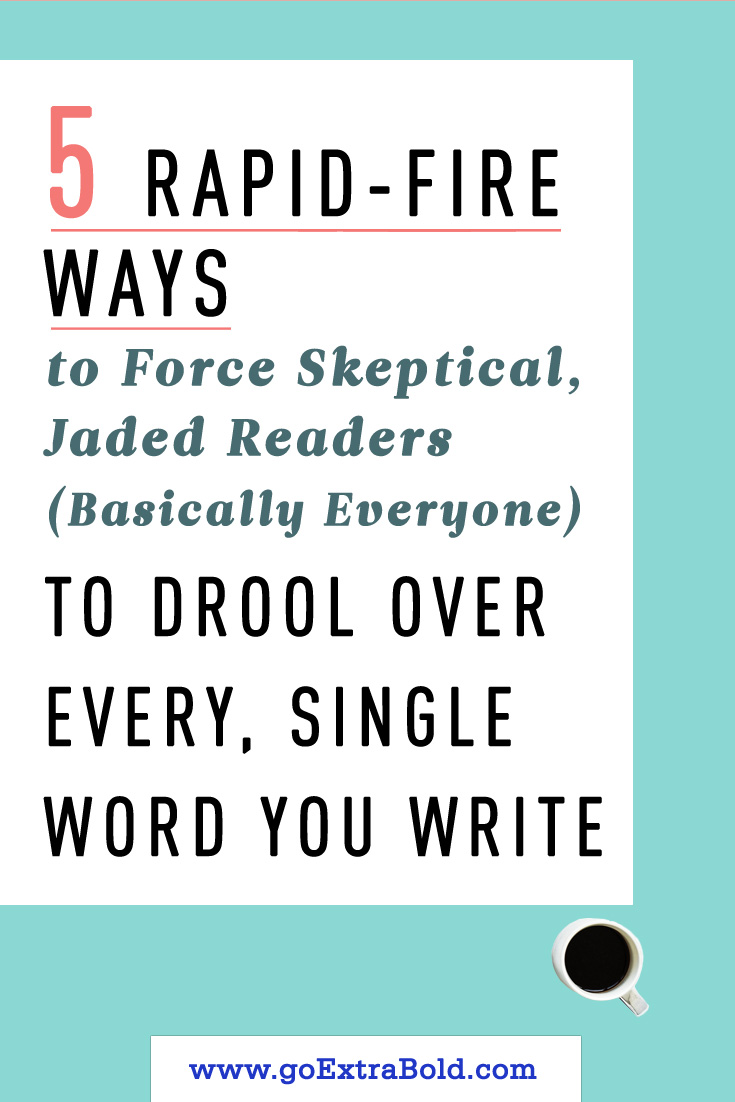 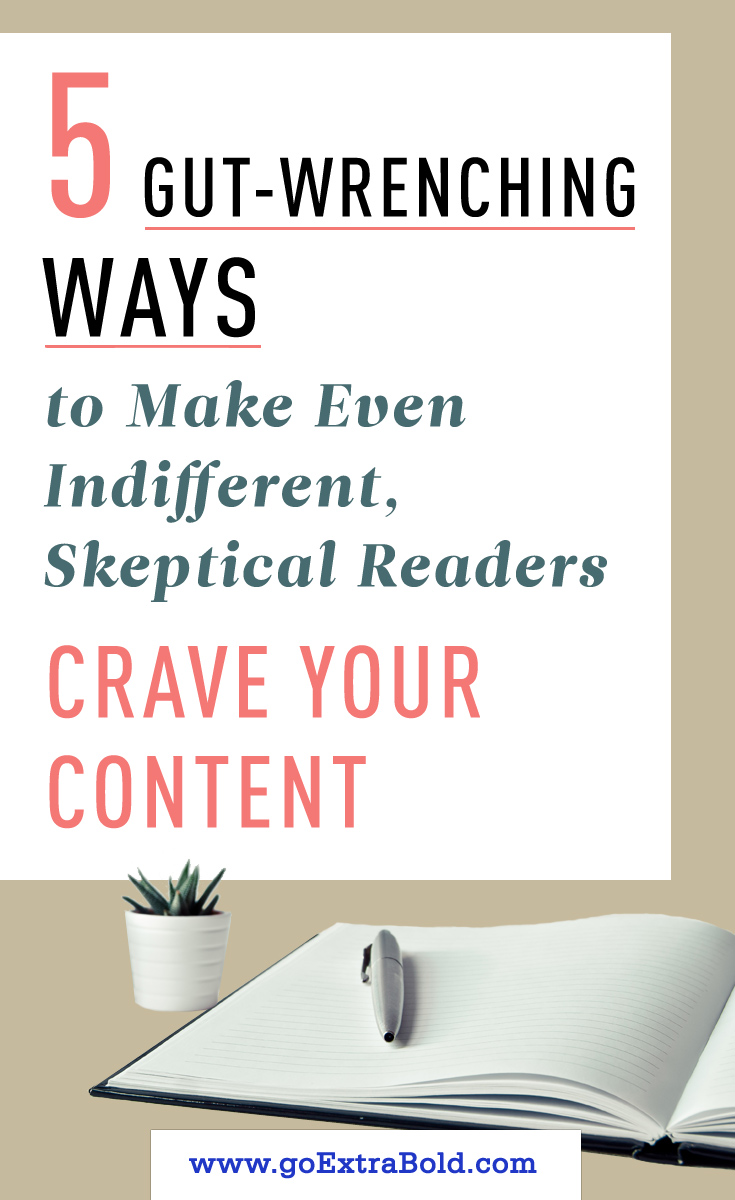 Trying to get people to take notice? Want to create mouth-watering posts?

Today, we’re going to learn how to use the Cobra Kai technique for kickass copy.

Let’s set the stage with a bit background info…

Turns out, engineers over at Google discovered that a delay as small as 250 milliseconds is enough to get people to leave your site.

And just how long is 250 milliseconds?

Less than the blink of an eye.

Then again, we all know that attention spans are dead and gone. In fact, since mobile took over the world and phones became our overlords, human attention spans have dropped from 12 to 8 seconds.

So what’s that mean for you?

It means that if you want to build your business, you’d better put a priority on stealing people’s attention.

You have to be relentless. Merciless. Think of Cobra Kai from the Karate Kid and say after me: Strike hard. Strike fast. No mercy.

People read all the time.

(For that matter, don’t trust anyone who tells you less copy is better than more.)

The only rule is to do what works.

Some of my longest pieces are easily my most popular.

Even Google’s Panda update is now favoring content that’s around 2,000 words, because they realize that long posts have more value. And trust me. Google will not send people to content they don’t want to see.

But here’s what’s not a lie…

You’re awash in a sea of competition, and if you don’t take every single chance you get to keep people reading, it’s costing you.

So here are 5 ways to use the Cobra Kai way:

This trick is lethal in the right hands.

Use it well. Use it frequently.

Great copywriters know it, but most others don’t.

Even a lot of people who live and breathe blogging have no idea. But now you will.

See, the first question anyone has when they hit a page isn’t what it’s about. It’s whether they should bother to read it at all.

The means the first thing anyone does when they hit a page is they scroll through it, scanning to see if it’s juicy enough to bother. And trust me when I say that people are looking for any and every reason to click-off that they can get.

Here’s how you can stop them dead in their tracks.

That’s all well and good, but if you want people to read, here’s what you should also do:

Use subheads to summarize what you said in a gripping way.

If you do, it will force people read backwards, stopping them from scanning.

For example, if you’re scrolling through a page, it’s hard to ignore a line in bold like this:

Once you see something like that, you almost can’t stop yourself from wanting to read the content that came before it.

So if you structure your subheads to focus on what came before instead of what’s about to come, it pushes people up the page.

And if you do it right, you’ll keep pushing them up, until they eventually find themselves at the top and just read the whole thing.

2. Thou shalt get people to the next line

What’s the real purpose of a header?

To get people to the next line.

That’s it. If your header makes people start reading, it’s done it’s job. In fact, when you’re fighting a war of attention, the only thing that ever matters is getting people to the next line.

If you just move people from one sentence to the next to the next, pretty soon, they’ll have read it all.

So be relentless. Every, single sentence, ask yourself: Does this make me want to read the next?

If the answer is no, then either cut it or change it until it does.

3. Think about how it looks

Reading big paragraphs on a screen is tiring. It’s intimidating. You may as well just tell people they’re in store for something that’s dull as dirt.

Some people have taken this to such an extreme that they barely write anything running longer than a line.

Does that mean you have to?

But you should pay attention to how your blog posts look.

Not as in how pretty they are or whether they’re brand consistent. But simply whether the text looks weighty and whether there are big, slow paragraphs that look like they’d drag.

Use short lines to create a sense of acceleration.

And stay away from anything that would scare off a goldfish.

4. And, but, and the plague that is high school English

So if you take a trip back to high school English, I’ll be someone at some time told you never to start a sentence with a conjunction.

I mean, really, who cares?

Aside from the fact that literature (and we’re talking the good, top shelf stuff here) is littered with sentences that start with “and” and “but,” starting with conjuctions just works.

It gives your writing a sense of speed by making you feel like you’re continuing a thought.

You know the type I’m talking about.

Where you can never escape, because they keep going on and on and on.

Well, the reason that happens is because there are no clean breaks.

Even though you’re ready to bolt as soon as he finishes his thought, the opportunity never comes, because those thoughts never get finished.

That’s what you want to do (without being boring, though).

Your sentences should go from one to the next to the next, so there’s no good times to leave.

And starting sentences with “and” or “but” (and conjunctions in general) is one of the easiest ways to make it feel like the thread just keeps running.

Related: 11 Phrases that Make it Impossible for People to Stop Reading Your Content

And that means words matter, since words are the primary tool in the influence toolkit.

And in this case, more specifically, we’re talking about adjectives.

But what most people don’t know is that their adjectives are better than blow darts to tranquilize people.

Not all adjectives are created equal.

Some are saucy and startling.

Some are predictable and dull.

“5 fast ways to force seasoned readers to drool over every, single word you write”

But how boring is that?

“5 rapid-fire ways to force skeptical, jaded readers to drool over every, single word you write”

Here are a few more examples:

Good adjectives are like a punch in the gut.

But most importantly, like everything else here, they create an experience.

They’re a portal to another world.

And if you use them right, you’ll get devout followers. You’ll build your list. You’ll get the shares. And you’ll get people who buy.

So say it again: 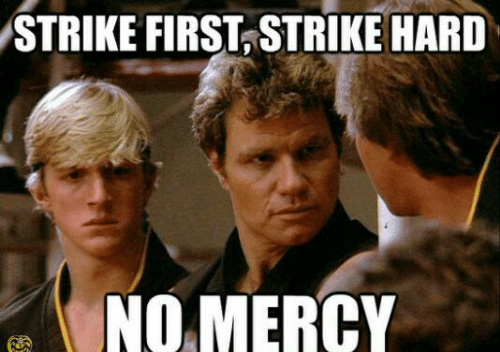 Now you’re on your way.