Ever suffer from imposter syndrome?

Maybe you feel like you’re faking it ‘til you make it, and you find yourself breaking out in cold sweat at night. 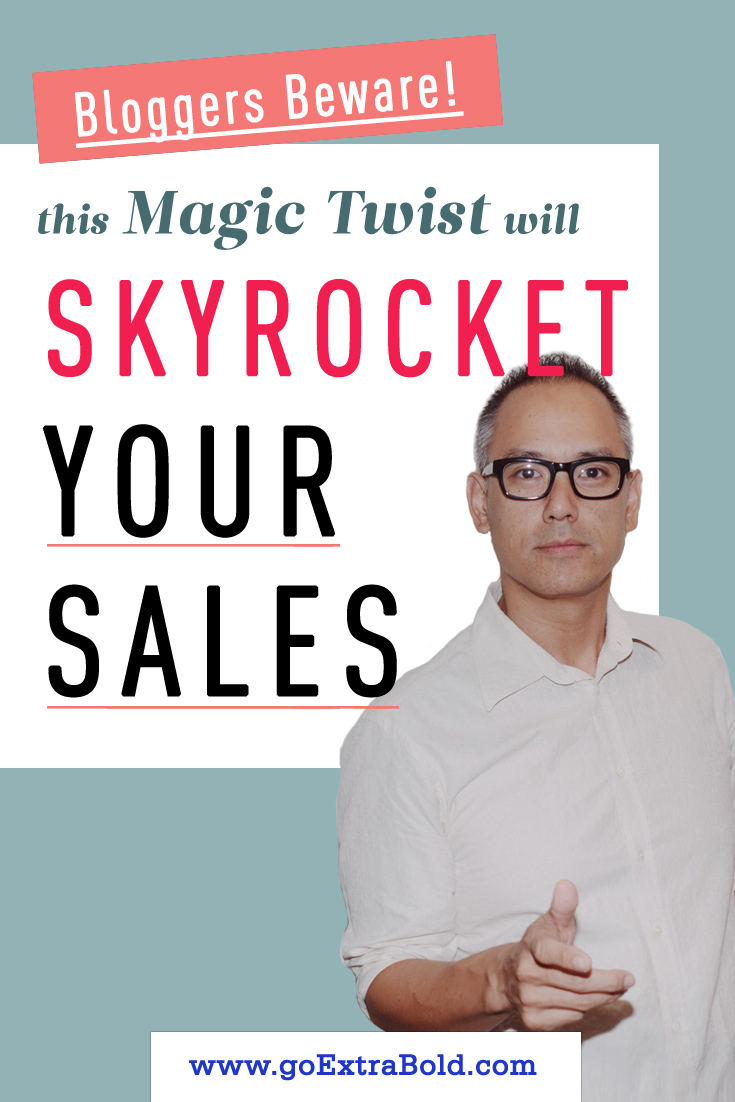 You know you’ve got something good.

But no matter what you say, it doesn’t seem to stick. No one believes you’re different. They don’t seem to realize they need what you have to sell.

Sometimes, it even feels like you’re talking to the wind.

Here’s a subtle little hack that will give you the power of the gods.

It will instantly give you the ability to command the type of attention normally reserved for experts, gurus, and celebrities.

And more importantly, it will make people believe what you say.

After all, if you can do that, you’re only a hop, step, and a skip away from making people buy.

Now, before I describe, I have to warn you…

You will be underwhelmed.

It’s as dull as it gets.

And I say this, because you ignore this at your own period.

Proof is the second most important thing there is in marketing.

And if you use this skillfully and abundantly, you’ll not only be able to burrow deep into your audience’s minds, but you’ll be able to make them do what you want.

Whether you use it in an email, a sales page, or a landing page, this strategy is ruthlessly effective.

Master it, and you can strike both fear and inspiration into the hearts and minds of either your friends or your enemies at will. (No, seriously. I’m not joking, here.)

Here’s how it goes:

Let’s break it down.

Related: How to build an $11,126-a-month blog even if you’re just starting out

I don’t know what it is…

It’s just how we’re wired up.

People have a thing about numbers. There’s just something about them.

For example, what hits you harder:

There are tons of websites and blogs on the Internet?

What seems more legitimate? That a strategy can get you an explosion of subscribers?

that it generated 467% more conversions?

When you use numbers, it’s punchier and it’s more believable and memorable.

Of course, there’s a good chance you already knew that, so let’s kick it up a notch and raise the stakes.

So this is where we start to separate the wheat from the chaff.

It’s one thing to quantify. It’s another to qualify.

Not to put too fine a point on it, but the simple fact is, people don’t take action and buy for one reason and one reason alone:
THEY DON’T BELIEVE YOU.

After all, if they believed everything you said, why would they not act?

If you say something is the best thing since sliced bread, and it works, and that it’s more important than ever to use your special 3-step formula, and someone just out-and-out ignores it, the only two possibilities are that they’re insane. Or they are skeptical.

Since most readers aren’t (too) insane, odds are, the problem is belief.

And that’s why qualifying is everything.

It gives you the full force of whoever it is you cite.

If you say, “There’s more and more competition and the window for the online gold rush is just about dead,” guess what?

Because if it’s in the middle of a pitch, everyone knows it’s self serving.

But, let’s suppose you say, “The New York Times found that blogs are growing at a rate of 8,000% each year, and only .3% of them are profitable,” you instantly remove the the salesy veneer that kills the copy.

First, because it’s an expected source,

And second, because everyone knows that the New York Times has no interest in pitching your wares.

But it gets better.

Suppose your audience loves some expert, and you want to get a free ride in their authority.

They haven’t cited any numbers that you want to use.

Not a problem. You can just merge two related statements.

So, you go and find out that he said the market is a jam-packed pressure cooker of competition. (He didn’t, by the way, so don’t quote me, or I’m going to have to hunt you down.)

All you have to do is pair that with our previous fact, like this:

See how that works?

Now, you borrow Gary Vee’s authority, you get the credibility of a number, and suddenly, you go from chump to champ, with content that’s damned near irrefutable and irresistible.

Which leads us to…

Related: How to Create Buckets of Crave-Worthy Content that Sells

Now that you’ve left people dazed by the blunt force of a convincing number, and you’ve delivered this fact, signed, sealed, and delivered with freight-train like authority, there’s only one thing left to do.

The last step is to make people quiver.

In other words, you want to make sure your words hit like a sledgehammer on a frigid winter’s day in Siberia.

It took me a little bit to find a third word starting with Q.

Start by going through your content, and highlighting your big pain points and benefits.

Then just ask yourself which ones need to be juiced up, and quantify and qualify those points.

Another way to think of it is like this…

Your big pain points and benefits are what will drive your audience to act.

They’re going to do the heavy lifting for you, so long as people believe them.

But whenever people are reading any type of claim, at certain points, a small little BS meter in their head will say something like, “Yeah, right.” Or maybe in gentler terms, “Really? Is that for real?”

So what you need to do is figure out which claims are going to trip the BS meter, then quantify and qualify those points.

That’s going to restore them to pristine condition and give them the ooomph you want to get people to do what you want.