I was almost ready to cry.

I had spent years trying to convince my wife that my side-hustle blog was more than a huge, vacuous, timesuck, and that there was a snowball’s chance in hell that I might…just might…make a living off of this thing. 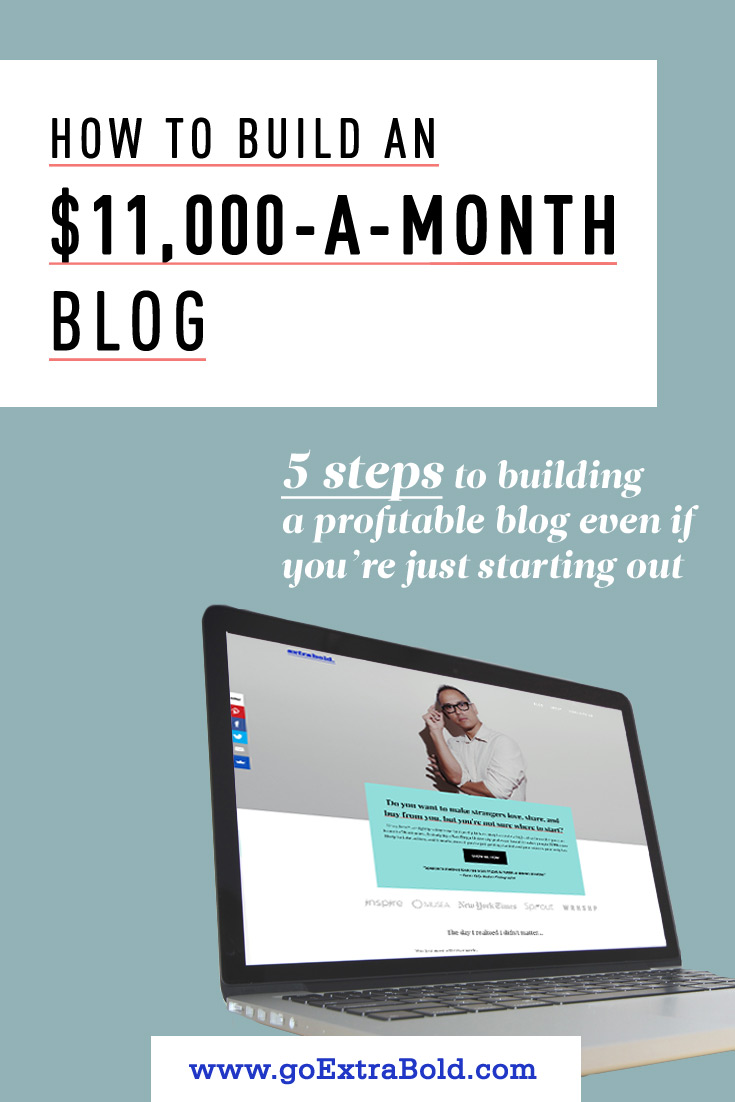 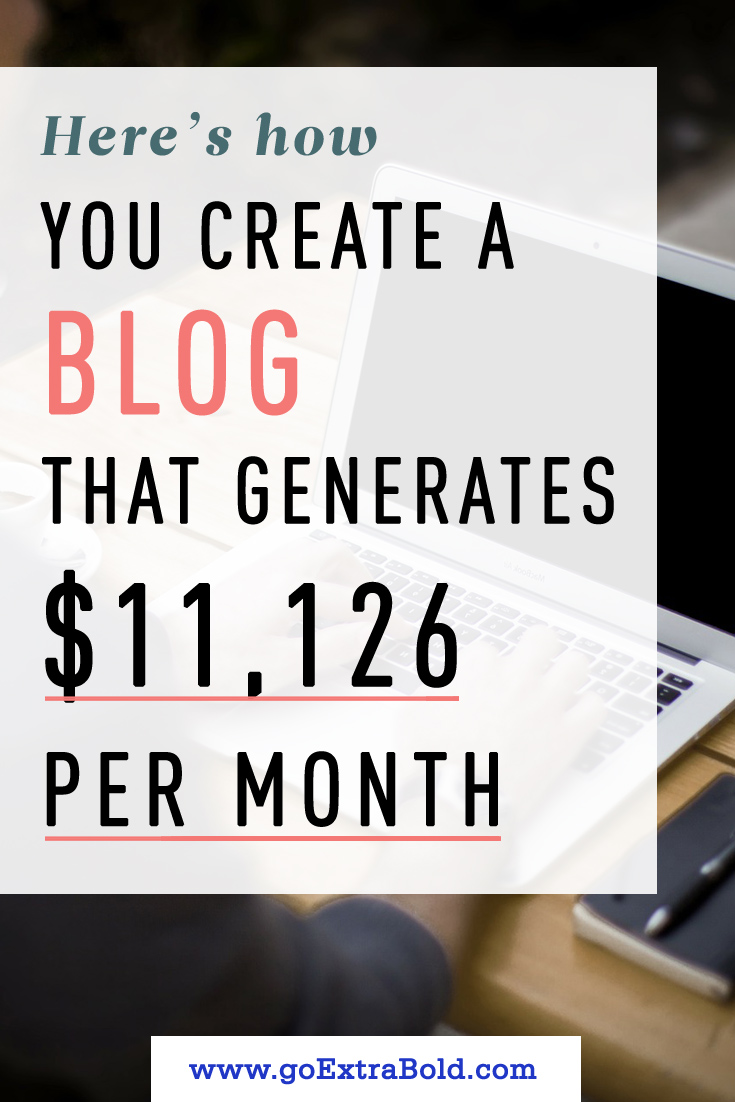 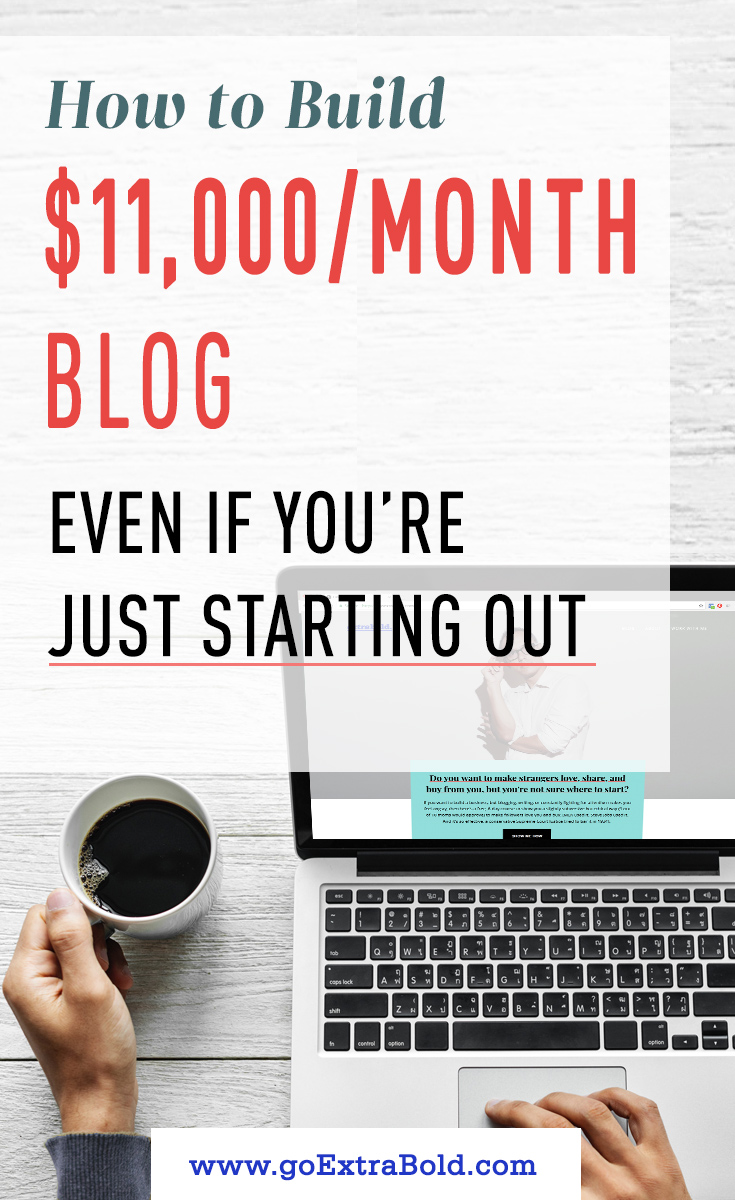 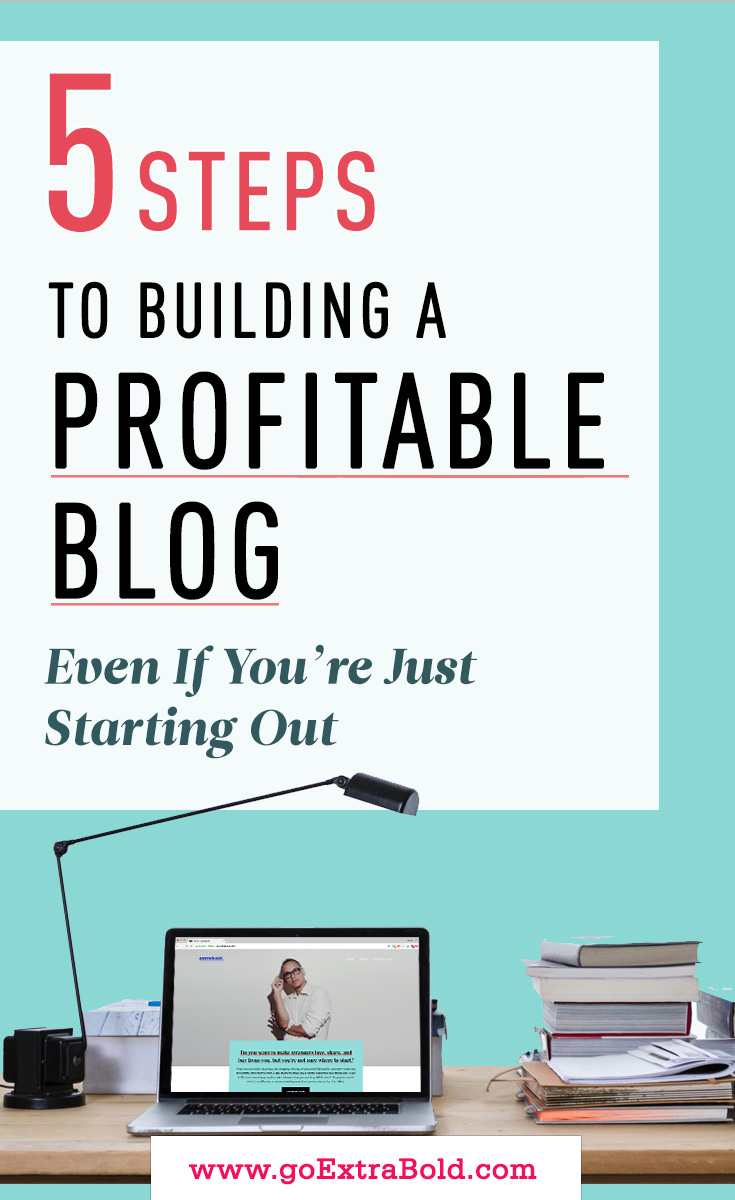 But the truth is, five years in, profits were just a trickle.

The whole venture felt like a long, dark leap of faith. I had seen the ads, taken the courses, read the strategies…all of it.

But year after year, nada.

Then things changed. By the end of 2016, I had averaged $11,126.73 per month for online revenue alone (not to mention coaching sales) running my side-hustle blog, and I let out the largest sigh of relief I’ve ever taken in my life.

Finally, it was real. It was me spinning my wheels. It wasn’t a pipe dream. I wasn’t embarrassed to call myself an entrepreneur. And was making a profit.

Today, I’m going to share the formula that got me there.

Action Item: Want to build your own profitable blog? Get the 16-minute High Attraction Blueprint to make sure you have an offer that’s profitable.

The Key to Building a Profitable Blog

It’s the Athens Olympics, and sharpshooter Matt Emmons had such a ridiculously big lead that all he had to do to win gold was basically hit the target on his very last shot.
And he did.

But he aimed the wrong target, and he hit his neighbor’s instead of his own, instantly dropping him out of medal contention.

Now hitting the wrong target isn’t your everyday Olympic story, but it’s exactly why 99 out of 100 businesses fail.

Because you can do all the learning and build all the skills in the world, but the fact is, if you can’t hit the target and deliver what people want, it won’t make a damned bit of difference. 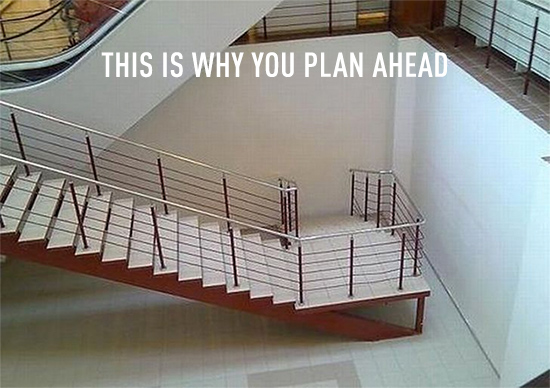 What You Need to Do Instead

Legendary copywriter Gary Halbert loved to ask his students this this question:

“If you and I both owned a hamburger stand and we were in a contest to see who could sell the most hamburgers, what advantages would you most like to have on your side to help you win?”

People would answer quality of food, location, price. All the usual suspects.

But Halbert’s answer cut straight to the chase: Hungry people.

And that’s exactly what happens when you pick the right target. You find hungry people.

And here’s a simple way to do it.

It’s a strategy I call slipstreaming.

A slipstream is just the low pressure area right behind a moving object.

You see cyclists and racers take advantage of it all the time. The racer at the front of the pack breaks up the air resistance, so other cyclists follow behind by “drafting” off of that racer, and staying in their slipstream to conserve their energy.

I’ll show you how you can do the exact same thing with your blog in just 5 steps.

There’s no question the market is stuffed to the hilt.

It’s hot. It’s crowded. And standing out can be crazy hard.

While it’s true that differentiation is the key—after all, why would people pay more to get the something they can get for less?—the real trick is all about how you do it.

See, what most people do is they create an insurmountable barrier.

They try to reinvent the wheel by coming up with something different.

If you’ve ever suffered from the imposter syndrome, and you’ve felt like everything has already been done and you have nothing you can add to the mix, then you know a little about what I’m talking about.

It feels impossible to come up with something new.

That’s because you’re aiming too high.

In fact there are two problems with difference:

Sure, it can work at times.

But why piss up a rope, if you can just walk downhill?

Forget the disruption-y stuff. What you really need is evolution instead of revolution.

Just start with this one question:

What is the smallest possible way to make a different wheel?

Odds are, if you give it enough thought, you’ll have what you need. If the market has shown anything, it’s shown that even the smallest of difference can lead to big things.

Typeform is surveys with big text.

There’s a successful doorstop that my kid’s use that’s nothing but a cute version of a plain doorstop. Or take a trip back in time and check out the viral keyboard cat (because, like all things Internet, cat videos) and its successor, keyboard dog.

It was a total copycat. And it still went viral.

Because you just need a twist. That’s it. Unless you’ve got something that’s going to work like gangbusters, and you can feel it in your bones, think small. It’s way easier to start there.

After all, everything is just a remix.

So let’s see how you use this to get your blog going.

CREATE GUT-WRENCHING DESIRE Sign up for the free Mass Influence course, and I’ll show you how make people buy and love you for it.

Step #1: Find someone successful in your space

Simple as it sounds, a lot of people do it backwards.

When they see that someone is doing something similar to what they want to do, they take it as a sign that it’s too late. It’s really the other way around. It means there’s an audience who wants that solution.

In other words, it’s telling you that there are your hungry people.

The truth is, nothing is ever going to be fully original. Everything’s been done, and the key is just that you do it your way (we’ll talk about that in just a little bit).

But if you get discouraged, just remember this. No matter what you do, there’s always going to be someone ahead of you.

And when they started, there was someone ahead of them.

But that doesn’t stop people from finding breakout success every single day.

Related: Make sure to read about the best kept secret on market domination – Dominate Your Market (Almost) Instantly

Step #2: Ask yourself what problem that person solves.

Now that you’ve found a success case and a hungry audience, dig a little deeper and ask yourself what problem they really solve with their business.

Given the fact that the only reason anyone buys anything at all is to have some problem solved, you’d think everyone would do this.

It turns out, they don’t.

People solve the problems they want to solve, instead of the ones their audience wants solved, and no matter how hungry the people, until you understand why they want what you’ve got, you’ll never have control of the market.

For example, I can’t tell you how many life coaches I’ve seen who offer healing and balance and purpose and inner peace.

You know how many people want to pay for that?

Because what people want are better jobs, getting dates, looking hotter and so on.

Do not just throw shit out there to see what sticks. Just don’t.

Step #3: Find either a slightly different or more specific audience

This part is where you can make it or break it.

Do you absolutely have to do this part? Not officially. If your solution is innovative enough, it can carry the day.

But with that said, this is powerful stuff, and it will make things infinitely easier.

For example, the inventor of speed dating was a Jewish rabbi named Yaacov Deyo. But pretty soon, other people caught on, and simply took the same idea to different audiences. Did it work? You betcha.

Or look at Nerd Fitness. 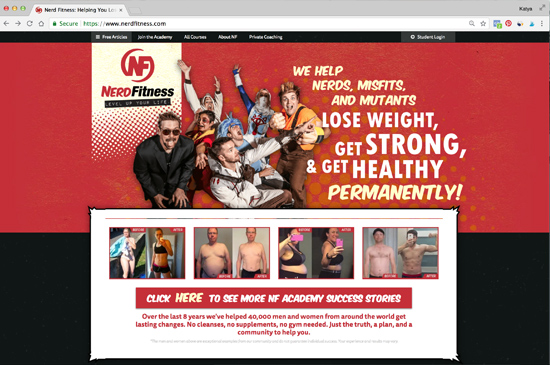 Instead of trying to target the same audience of gym rats and fitness fanatics as everyone else, they simply targeted an audience that had the need and wanted to get in shape, but that no one else was targeting. Nerds.

So do one of two things.

Either find an audience that’s slightly different who has the problem you solve (after all, an old solution put in front of a new audience is the same as a new solution)…

Or, if everyone were targeting fitness coaches, you could target a narrower band yet, and go after yoga coaches.

Think about age groups, cultures, income, professions, gender, flavors of business…anything and everything that can distinguish a group.

Step #4: Talk about the same thing as everyone else

I know how it sounds. And know that I’m not saying to just copy everyone. If you just rip off other blogs wholesale, it will get you nowhere.

But for now just know that you want to figure out what subjects are popular and what subjects matter. Think of it as market research. Do a Google search. Go to Buzzsumo. Go to Pinterest.

Find out what topics are popular and trending in your space, because these are the needs of the market.

Finally, we’re ready to put the pedal to the metal.

Even though you’re going to be getting busy creating a blog chock full of crave-worthy content, if you want to make it sing, you have to customize it to your audience and give it your own twist.

Those are two separate things.

First, you have to say things your way. You have to have a voice.

And, second, you have to tailor every word you say to the exact needs of your audience.

They’d be similar to what you researched. But more specific. And that’s going to let you get inside people’s heads and make them feel like you’re just for them.

Another example. Suppose everyone else targeted women and your audience was men. Even a specific type of man. You could do the same thing.

Thug Kitchen does just that. Their tagline? 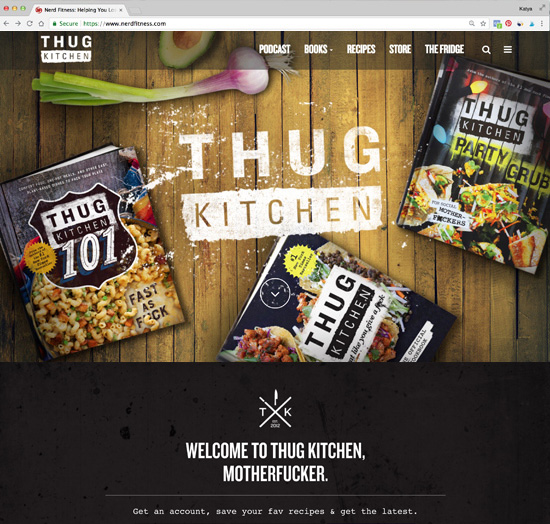 And going back to Nerd Fitness. The principles behind exercise are essentially the same. After all, fitness is, by and large, fitness. But the key is that they talked about it in a way that appealed to nerds and they talked about the nuggets that mattered most to nerds.

I call this process translation.

You take a subject, and translate it to fit your peeps. It’s simple, but it’s everything.

Do it right, and they won’t be able to get enough.

People respond when you talk like them, for them, and about them.

Do that, and suddenly, the competition evaporates.

Now you’ve got hungry people, and you’re ready to build a profitable blog.

Your Next Step: If you want to build your own profitable blog, you need an offer people want. Download the 16-minute High Profit Blueprint.