The other day I was chatting with my brother about the Matrix.

Now, if you haven’t seen it, I assume by this point, you’ve got no plans to see it, since I’m about to ruin the whole damned thing for you. But if you have seen it, you’ll soon know the answer to life’s deepest, most soul-searing questions… 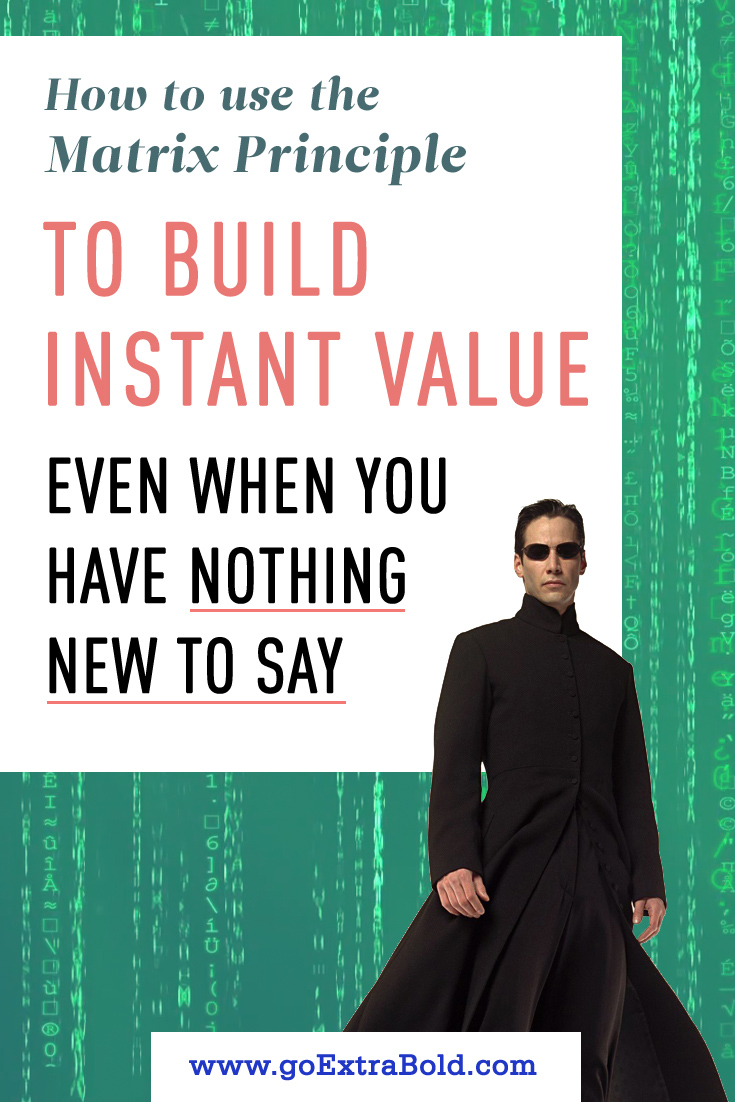 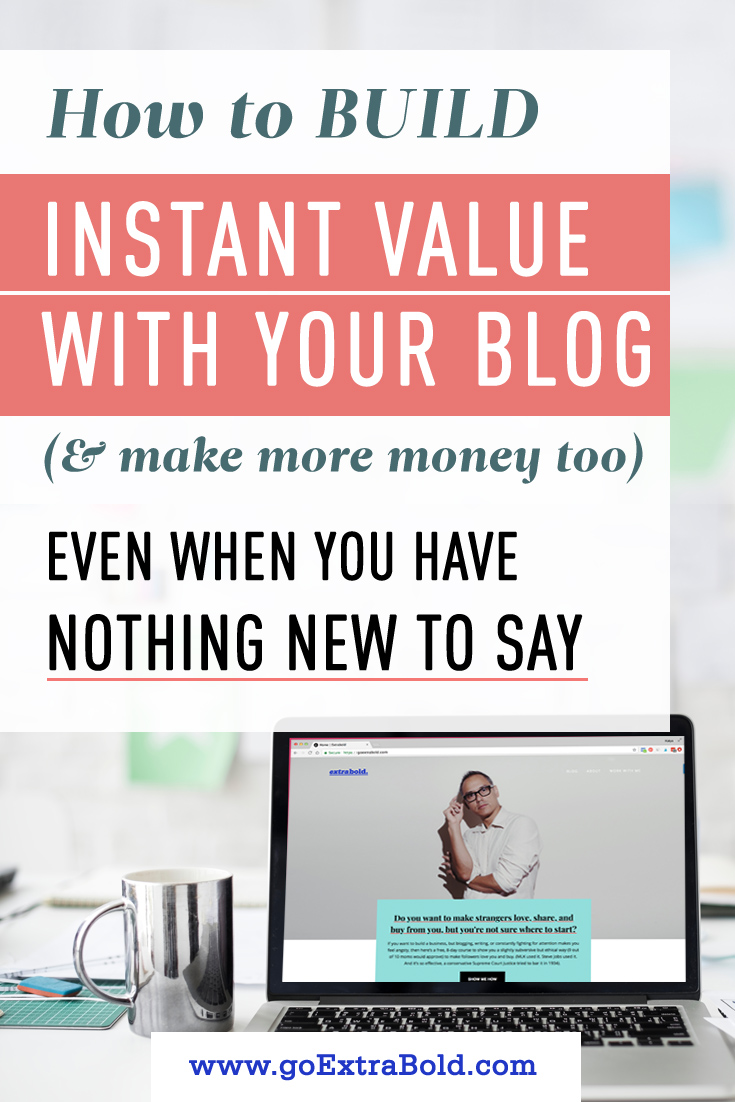 And how to make more money, too.

Or why they ignore your posts…

Or why you can pour your heart out, and hit the collective chirping-cricket zone, while one of your friends posts some inane piece of fluff that gets click after click after click with little hearts flying all around…

Here’s what it is…

And it sure as hell has nothing to do with what you hear in every corner of the social media universe—giving more value.

Value is dead. So dead. And you’ll see why that’s a good thing. A great thing, in fact.

See, I couldn’t tell you how many coaching and entrepreneur groups I belong to (well, I could, but I’m too lazy to count), and all day long, I see the same limp, lifeless tips. Things like…

Gotta connect with your client.

Gotta know how to sell.

Value is great in untapped markets. But finding fresh meat is like finding a golden unicorn with a Swarovski encrusted horn. I won’t say it’s not gonna happen. OK. Yeah. I will. Not gonna happen.

Goes back to what I was saying about the Matrix.

(It seems weird to give a spoiler alert about a 20-year-old movie, but, well, spoiler alert. Don’t say I never did anything for you.)

So, the way you hear about it, it’s a story about this mythical hacker-guy who liberates the masses by destroying the overlord machines. Machines who took over mankind after we destroyed the planet. Machines who hold us captive by wiring us into what amounts to a big, lifelike VR world that makes us think we’re living in reality when we’re really just plugged into a simulation.

Except that’s not the story.

It’s really about a bored, deluded, punk hacker, who decides to use his talents to destroy the cyber-utopia that the machines were kind enough to create for us, after we destroyed the planet.

The Matrix gets shut down, Utopia evaporates, and suddenly, everyone gets flushed out of their slimy, primordial goop to wake up to a red pill hangover in a cold, dank world.

Generally, I’m a red pill sorta guy. But if that’s my choice, I’m going blue pill all the way, baby.

So that’s my take.

And here’s my point.

People say it’s all been said, but it’s the wrong question.

You have to understand, all anyone wants out there is a little jolt to the system. Something to snap them out of reality for a second and take them on a little ride in the middle of their busy day. Juice up the brain. Get some dopamine flowing. Kick the system in gear.

Don’t just give value. Give PERSPECTIVE.

Because the question isn’t “What’s the point?”

It’s “How are you delivering it?”

Related: How to Create Buckets of Crave-Worthy Content that Sells

Why bury yourself in the massive middle by saying the exact same thing as everyone else? Reminds me of the legendary quote from Ian Wallace in the movie What A Girl Wants.

“Why are you trying so hard to fit in, when you were born to stand out?”

Never mind that it’s the premise behind every piece of young-adult schmaltz ever made. Ain’t it the truth?

You change the world by making people see things a different way.

And that’s a gift we all have.

If you’d like to learn how to connect better with your audience, then download my FREE INFLUENCE COURSE.