For a little while, I used to call myself a professional blogger. 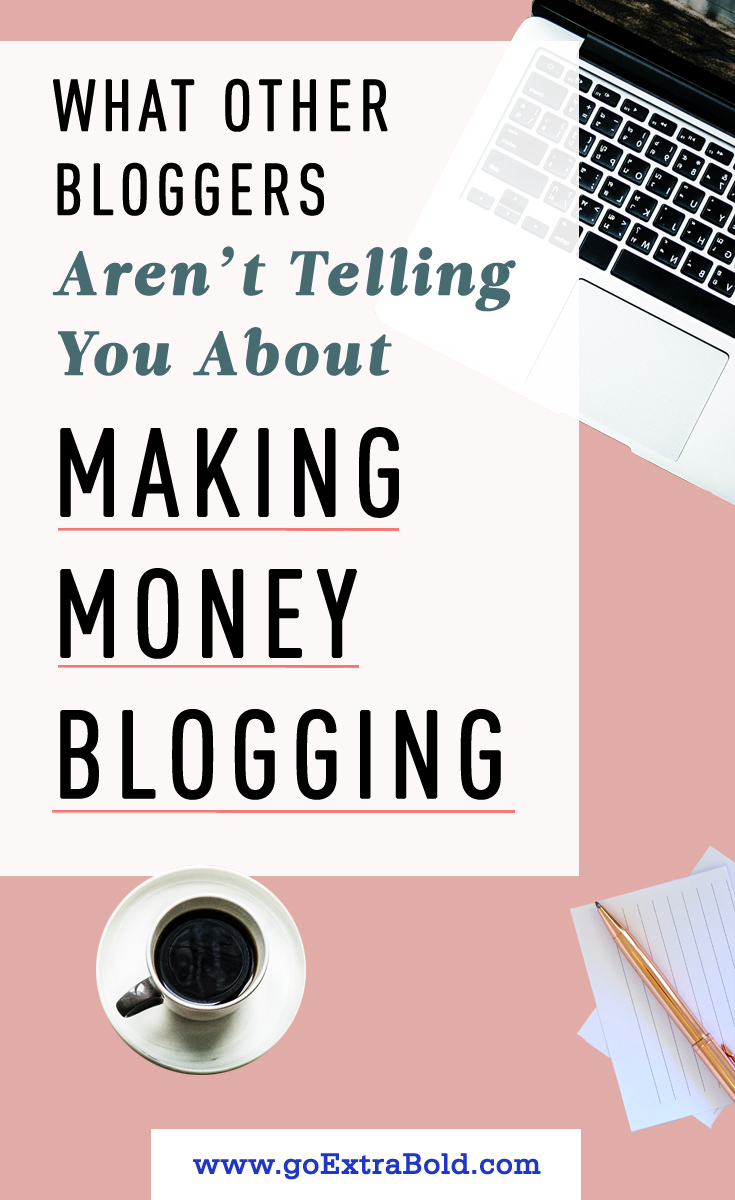 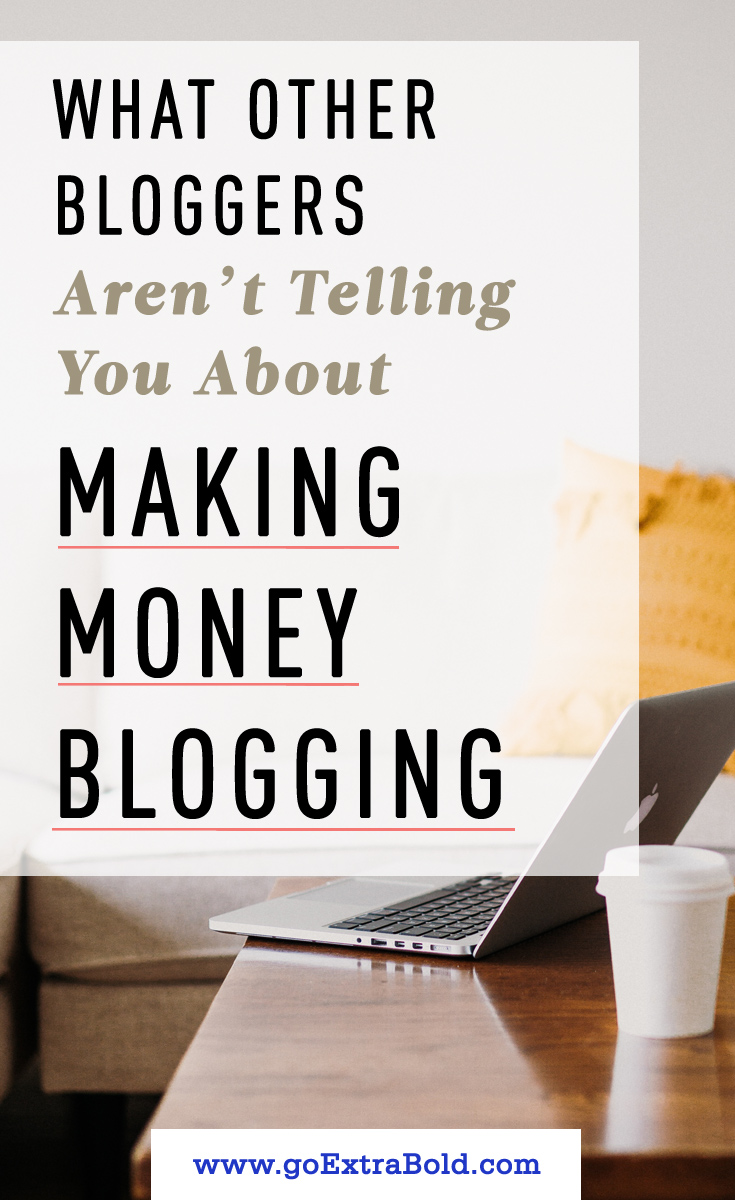 So given all that, it seemed a little silly to call myself a blogger. Plus, most people still don’t know what the hell a blogger does. It sounds like the type of job you get, when you haven’t found a real job, yet.

In reality, there’s really only one thing my blog does. It just so happens that one thing is responsible for my livelihood and it supports my family.

But I’m getting ahead of myself, so we’ll get back to that in a second.

All the time, people ask me,

“Can you make money with your blog?”

Of course you can. But most people don’t, which is why I’m going to tell you 3 things that no one ever does right when they get started.

But if you were to ask me if you could build a profitable blog, you’d see me scrunch up my face, as my eyeballs rolled to the sky, and I tried to think about the best way to put it.

In fact, I spent a good four years blogging before I even made a cent.

Was it because I needed time to build my following? To connect with my audience? To establish my presence?

Hell no. It was because I had no f*cking clue what I was doing.

Recommended: How to build an $11,126-a-month blog even if you’re just starting out

Somehow, I subscribed to the “If you build it, they will come” school of thought. So, I kept building and building. I wrote hundreds of posts. I sent even more emails. And nothing. Just crickets, chirping with all their might. In fact, even when my posts went viral, it made absolutely zero difference.

Why? Simple. Because no one pays you to read your content.

And it’s no different for anyone else. Even Facebook didn’t get in on the moolah train until it started selling ads. The same was true for Google and Ad Words.

Content doesn’t pay. But if you use it right, it does do one very, very important thing that pay very nicely: It builds your following. (Which usually takes the form of an email list.)

The thing is, you have to understand what a blog really is. Along with sweat, blood, and the occasional tears, it really comes down to one thing: Bait.

And it’s a helluva piece of bait.

But if you want to make money blogging, what you really need is a path after that. And, yeah, there are many variations and many ways to skin a cat, and this isn’t the only way to get profitable. But if you’re a coach or you’re an online educator, you probably want a path that looks like this:

1. You get people on your blog.

2. You get them on your list, which lets you send out emails to build a relationship with your audience and introduce your products or services.

3. They buy what you sell

But here’s what you really need to know…

Lesson 1: Who You Bring In Dictates How Well You Sell

The simple truth is that people pay you for one reason, and one reason alone:

To solve a problem.

People pay to see a problem go away.

That means, if you don’t attract people who have a problem you solve, they won’t buy from you. Which sounds obvious. Except no one does it.

Instead, people launch their site, build their following, then just hope they can throw something out there that’s going to stick.

So think about alignment. Think about what you want to sell, who is going to want to buy it, and make sure you talk about the things that are going to attract that person. Even if you don’t know exactly what you’re going to sell, a little bit of pre-planning can make all the difference.

There’s no way to emphasize this enough. Build your email list.

Related: Trying to get your first 1,000 subscribers? Here’s how I used the Bryan Harris strategy to get 472+ subscribers with 1 email and you can, too

Think of it like this. All the traffic that goes on your site is like rain falling from the sky. If you don’t capture it, it just goes away. So you need to create buckets to catch the rain. That’s your list.

I’ve heard some people say that they don’t like to have to sell themselves and nag people to get on their list.

But you know what’s worse than asking people to join your list? Spending hours, weeks, and months busting your ass to create amazing content, only to watch people disappear.

The thing is, people never come back to your blog, even when they mean to. I’ve got a big list of bookmarks for sites I keep meaning to revisit. I never do. Who has time for that?

Getting people on your list means you can stay in touch. Not to mention communicating with your list is the bridge between learning about you and buying from you. It’s the best way to connect, relate, and, yes, sell.

So start doing it now. Create a good lead magnet (a lead magnet is a freebie that you offer in exchange for submitting an email), and start collecting names now. Otherwise, your blog isn’t doing its job. After all, what good is bait, if you’re not going to use a net?

Some people say email is dead, but forget that.

Action Item: Want to build your own profitable blog? Get the 16-minute High Attraction Blueprint to make sure you have an offer that’s profitable.

You attract people. You get them on your list. But you have nothing to sell. You know what that means?

You’d think it goes without saying. But for all that, I see people who spend, literally, years building their blog and growing their list who never sell a single thing.

The benefits of selling early are huge.

First, you get to practice. I know. Sounds weird. You practice things like tennis. Painting. Juggling.

But selling and marketing are skills. And like anything else, the more you practice, the better you get. It’s just how it goes.

And what you don’t want to do is wait until everything is on the line for some huge launch before you start to really practice. That’s not just playing with fire. It’s playing with fire, while sitting on a can of gasoline in an arid desert.

But it’s not just about practice. The second thing in selling early means you get to see what works. It might be true that some people can sell ice to an Eskimo, but why would you want to, when you can just sell heaters?

When you know exactly what your audience wants to buy, getting profitable isn’t that hard.

But it turns out, it’s not that easy to figure out what people want to buy. It takes time. It takes work. And you have to try things out. Selling early lets you figure things out as you go. You try something and you see how people react. If it fails, you rework it. If it succeeds, you scale it.

Either way, you get to safely know what’s going to work ahead of time, without the stress and grief, while making a profit along the way.

They say money is attracted to speed. And this is how you go fast and attract money.

There are a lot of roads to Rome and a lot of ways to monetize a blog. But most people don’t and most people won’t.

Instead, they’ll get their engines all revved up, and they’ll spin their wheels without ever getting things off the ground, because they simply don’t lay the groundwork for each of the three steps.

Yes, it takes a bit of work. But not as much as it seems. Especially if you stay focused on the big picture.

You use your blog to get people’s attention. You use your emails to develop your relationship. And you create a product to sell something.

If you do all three things, and you keep your head down and work at it, while staying away from the shiny objects, your business will grow, and things will come together. And pretty soon, you’ll be making money with your blog, while other people wait on the sidelines, wondering whether it’s possible.

And if you’d like to get started, speaking of lists…

HERE’S HOW YOU GET PEOPLE TO BUY Sign up for the free Mass Influence course, and learn how to get buyers who love you.