You see it over and over, like a train wreck in slow motion.

Someone gets their coaching certification. They’re full of energy, rearing to go. And they burst out of the gates, ready to make their mark and cause a splash with their new found credentials. 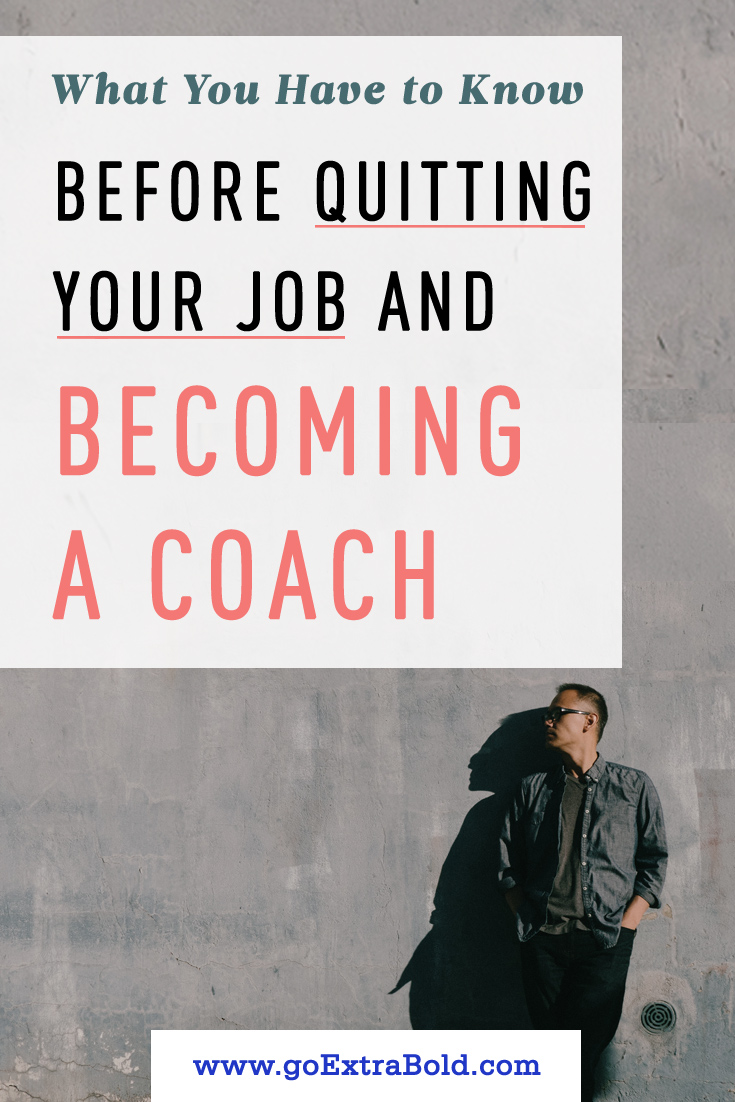 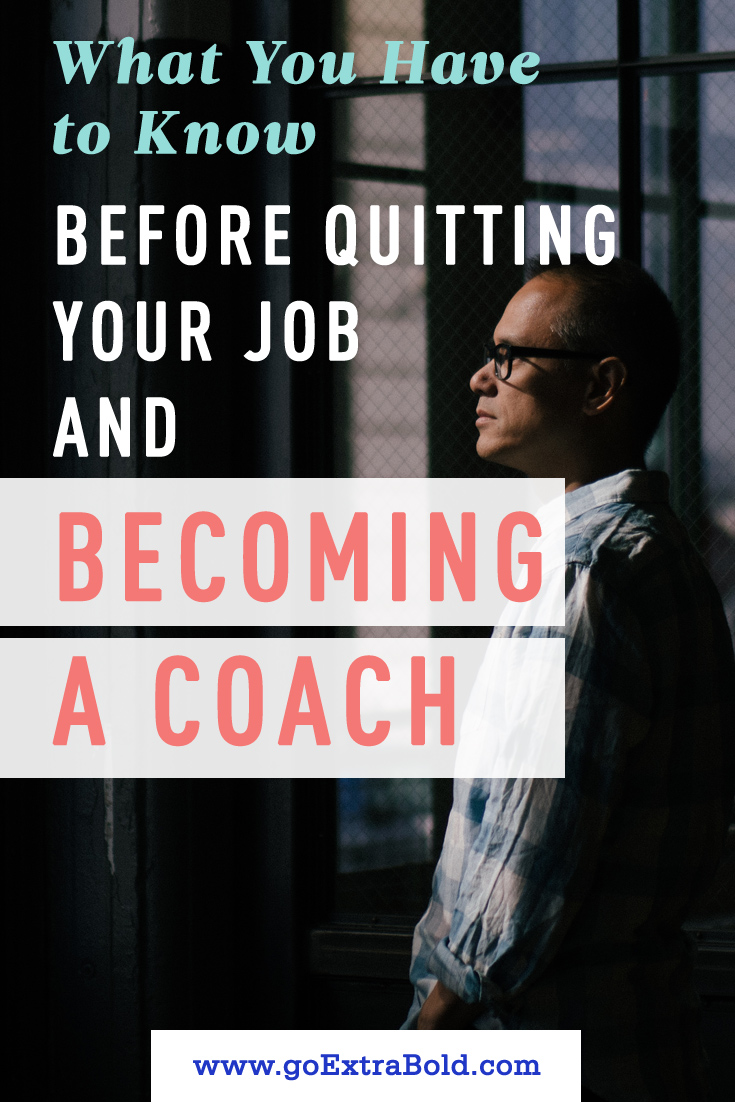 And if you’re thinking about making the leap from your job to becoming a coach, this is something you absolutely must know about it. Especially if you’re thinking life coaching in particular, because not all things are as they seem.

The truth is, it’s a hellishly hard business to start.. Fortunately, I’ll show you how to avoid all of that with the Cheesemelt Strategy, which is directly responsible for saving Listerine from the brink of death and turning it into the $360 million product that it is.

Recommended: How to build an $11,126-a-month blog even if you’re just starting out

The Tawdry Truth About the Coaching Industry

First things first. There are a lot of dreams being sold on the cheap in Facebook right now. It’s wall-to-wall packed with ads telling you that anyone can invent a new life in just 90 days with just about any service-based business of your dreams.

And it’s no surprise. Coaching is the perfect job for someone looking to jump ship and get a little jolt of meaning to their life. And given that it’s getting harder and harder to find a job that won’t rip your soul right out of your body, it makes for the perfect escape plan.

But here’s the big problem.

You’ve probably heard people say to follow your passion. And life coaching is nothing, if not a job that people get passionate about. But the problem is, following your passion is bunk.

In practical terms, instead of following your passion, what’s truer is more that you should stay away from soul-deadening jobs that leave you in a stupor, while burning through the precious little time you have on this planet.

And that is very, very true.

But sheer force of will and passion alone aren’t enough to get business. It just makes for a good sell to get people into coaching in the first place, and what all the certifications and programs don’t say is that most coaches are broke.

I know how the numbers sound. A one hour session that reels in $500 bucks? Score! You figure, well, you do about ten sessions a week, and you’re in fat city, with a full 30 hours to spare. And how hard can it be, just to get 10 clients?

The problem is that what makes for a good market are two things.

1. First, how much people want what you sell.
2. And second, how many other people are competing for it.

And no matter how much you love what you do, that doesn’t make it profitable. And while it might be true where there is a will, there is a way, when you’re looking at a market packed with wall-to-wall bodies, and only small slivers of red meat, I promise you, it will test your resolve.

Because here’s the thing you absolutely, unequivocally must understand…

Whether you’re planning on doing coaching as a business, or you intend to sell courses and teach people online, there is almost no one out there who desperately wants to pay for things like…

It’s just how things are. And don’t think I’m making light of this. I have life coached, and I was a philosophy major, and it came with incredible frustration to me that no one seemed to give a damn about their own betterment.

But the market is as it is, and if people don’t want what you sell, there’s no business to be had. And the fact is, the more esoteric and soulful the benefit is that you sell, the less likely people are to buy it.

You offer to show people how to get rich, be lazy, and look hot, and you’ll get lines out the door, so long as you can convince them your product is legit.

But improving themselves? Waaaay harder.

So let’s take a look at how marketing really works.

The conventional thought is that marketing is about getting the word out. And if you get the word out, and people see what you do, some of them will hire you. Except that’s not how marketing really works.

What marketing is really about is making people want. You have to make them desperately want to buy what you sell. Because it’s more than possible to get the word out and still get absolutely no business. I call it Billboard Marketing. And you do not want to do Billboard Marketing.

Just Think about how many billboards you’ve passed on the road. Then ask yourself this:

How often have you ever responded to anything, because you saw it on a billboard?

Marketing is all about getting people to want things. After all, if someone wants what you sell, everything else is easy. But instead of trying to get all clever about how to make people want stuff, a better way to think of it is that it’s about trying to figure out what people want, and getting it to them, which is much, much easier.

And that’s the real trick to making a coaching business work.

What You Really Want to Do

The solution you want is the Cheesemelt Strategy. Once you really understand how to use it, you’ll be able to make people want whatever you sell. Without it, though, you’re leaving your marketing to chance.

The name comes from the fact that I’ve noticed you can sell almost anything, if you somehow involve melted cheese. Whether you stuff it into a pizza crust, dunk it in bread, or you pour heaps of it on top of broccoli, cheese makes sane people slobber. 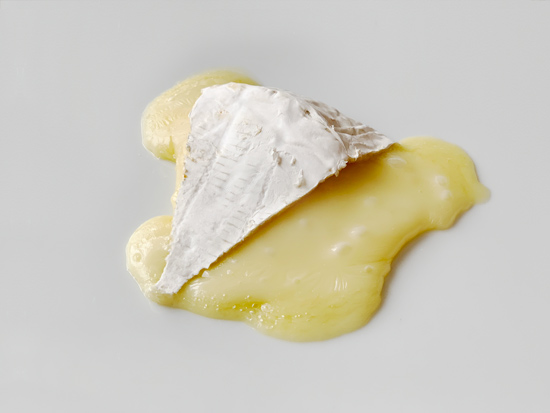 And if you really think about it, most of the time, people are really buying these things for the melted cheese. That’s the lure. Not the pizza or the bread. And certainly not the broccoli.

For example, take Listerine. Back in the late 1800’s, it hit the market as an antiseptic. The problem is, sales were tepid, so they tried positioning it in all manner of ways. It was a floor cleaner, a gonorrhea treatment, and many, many others.

But none of them stuck, and they were only making a meager $115,000 per year. Even in those days, not a whole lot.

Then lightening struck in 1922, when they came upon the term halitosis, and they re-positioned it as a solution for bad breath. And suddenly, in just on year, they skyrocket to $8 million in revenue.

All by figuring out what the market really wanted.

And if you’re thinking about coaching, that’s what you can do, too. Don’t try to sell life coaching or confidence or removing people’s mind blocks. Ask yourself what those things do for people, and figure out why your audience really wants them.

After all, no one really wants a bed. What they want is a good night’s sleep. And there’s nothing wrong with the fact that people don’t want life coaching, because the benefits of life coaching are extensive.

Do you help someone improve their tennis game? Speak on stage? Get a job? Generate more revenue? Work less? All of these can be benefits of life coaching, but to the average person, they’re infinitely closer to what people really want.

Oh, And One Last Twist

And to finish things off, if you really want to build a thriving business, there’s one last thing to know.

You have to get really specific.

For example, don’t just tell people you’ll use your life coaching skills to help them get a speaking gig. Tell them how you’ll help them land profitable speaking gigs that generate $100k a year in just 6 months.

Don’t just tell people you’ll help them work less. Look at what Tim Ferriss did. If he had given his book The 4-Hour Work Week a more ambiguous name, like “How to Work Less and Be Productive,” it probably would have died a very sad and slow death.

Fortunately for him, he didn’t. Because he understood the power of painting a very detailed picture. And you want to do the same.

So now it’s up to you. If you’re thinking about starting a coaching business or you’re already moving full steam ahead, ask yourself what your audience wants, and how you can give it to them.

Action Item: And if you’re wondering if there’s an easier way to be absolutely sure you’re creating a profitable offer that your clients desperately want, then you can download my 16-minute Profitable Offer Formula.