It may be true that all roads lead to Rome, but it doesn’t mean some of ‘em won’t beat the crap out of you, while others take you right there.

Here’s a story about a new coach named Ellie.

She had been working on her business for over half a year, but even after screwing up the courage to take the plunge, she had nothing to show for it other than a bottomless task list and a whole lot of overwhelm. 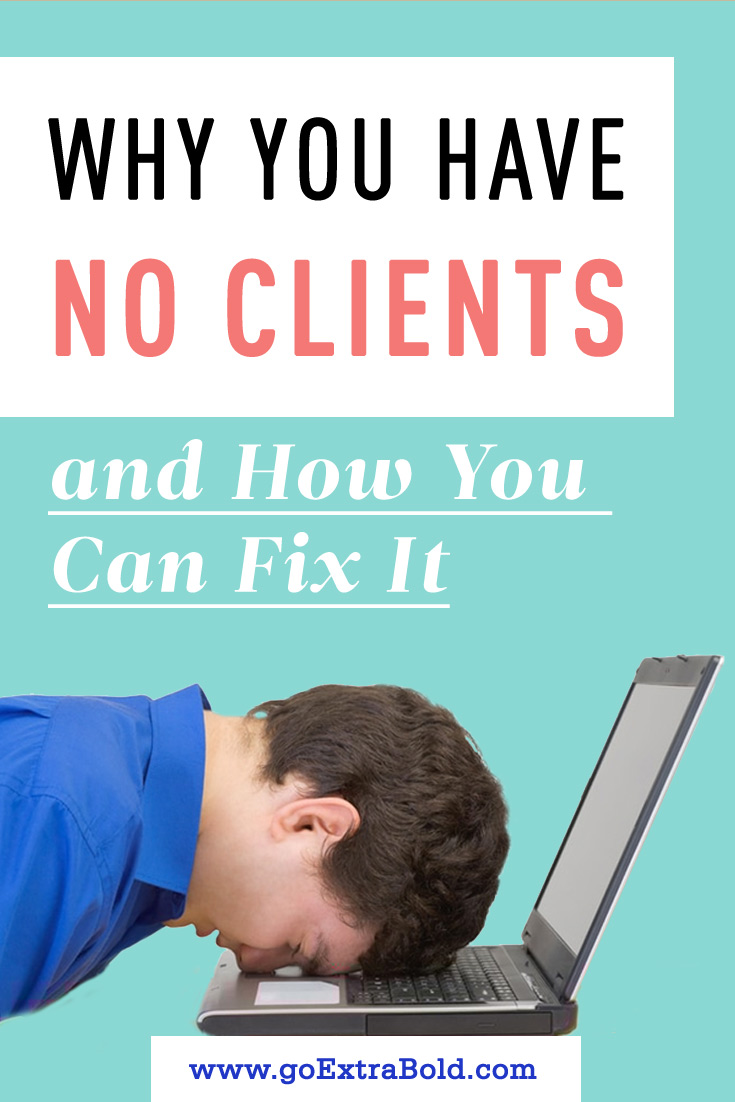 It was like death by a thousand paper cuts.

She didn’t even have her blog up yet.

Meanwhile, her savings were running dry, her time was running out…

And she still didn’t have a client to her name.

And you see this all over.

They say an entrepreneur is someone who dives off a cliff and builds a plane on the way down.

But for most people, entrepreneurship is more like diving off a cliff and trying to dig a deeper hole to avoid hitting the ground. People get so busy trying to create a business, they never get to the point that they actually have a business.

And I’ve been there.

I’ve lived in mortal fear of raising my rates.

I’ve buried myself in giving value…

And for all that, getting profitable came down to exactly none of these things…

About a month after I started coaching her, Ellie gave me a call. No one ever calls out of the blue, so I thought something had to be wrong.

But it turns out she had picked up her first 3 clients. Just like that.

And here’s the thing…

She still didn’t have a blog. Her task list was still endless. And from the outside, nothing looked any different.

She realized that she had the relationship between authority and belief backwards.

In her mind, she thought she needed to look legit. She needed the brand and the funnel and a truckload of testimonials so she could command authority.

After all, she figured if she had the authority, people would believe what she said.

But it’s really the other way around. If you know how to make people believe, the authority will follow.

Not that proof doesn’t matter.

It makes me think of something that happened to me in law school.

I had just picked up my first big, fat student loan check. Now, if I had half a brain, I would have saved it for, oh, food, driving, tuition…you know, things like that…

But me being me, I just bought tons of crap.

I even got myself a brand new convertible.

So, of course, people would see how I lived and see all my stuff, and they’d say to me, “Wow, you must be loaded!”

But they had it backwards.

It was exactly because I had all the stuff that I was dead broke. They had reversed cause and effect.

It’s tempting to go after the mirage and copy the big name people.

After all, they made it, so if you do the same, shouldn’t you? The problem is, you’re only copying the effect, and not the cause. You can’t tell what they did behind the scenes.

And, yeah, the slick site, the gorgeous brand, and all that proof…it’s sexy.

But using the right strategy at the wrong time is really just a version of digging a deeper hole. After all, a cart in front of the horse is really a barrier.

So if everything seems like it’s harder than it’s supposed to be, and you’re being pulled in too many directions, it’s time to take a look at what’s the cause and what’s the effect.

And if there’s one skill you absolutely must learn, it’s how to shape belief.

You can call it changing minds. Influence. Persuasion. Whatever you like.

But think of the movie Inception. 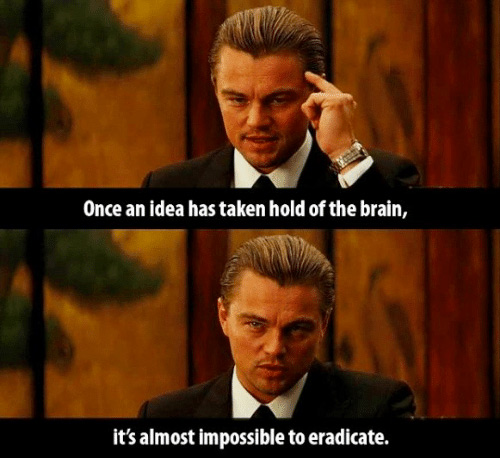 If you can plant a thought straight into your someone’s frontal lobe, what more do you need?

What the shiny object peddlers never talk about is that everything you do will hinge on this one skill. Whether it’s building a blog, launching a course, running ads in Facebook, posting in groups, hacking a funnel, learning to speak, or becoming an author.

And there’s nothing magical about learning it.

Like anything else, there’s a process. There are principles. And there’s a way to do it. Just like Ellie is.

And, yeah, it takes some work…

But it’s peanuts when you compare it to alternative, which looks a little like spinning your wheels, chasing the drip, all so you can get another hit of hope just to go on for one more day.

And, really, that’s where the market wants you.

But truth is, you can only put that cycle on wash, rinse, and repeat for so long before it’s burnout city.

Or, maybe a simpler way to put it is like this…

You can dig a deeper hole.

Or you can build a plane.

RECOMMENDED: If you want to know how to build a plane and make people believe, get the free 8-part influence course in your inbox.