A few weeks back, life took me on a little detour to the emergency room.

It started like a normal day. I got to work. I started writing a post. Then, smack dab in the middle of it all, an odd pain shot through my stomach. I figured it would pass in a bit.

I was very wrong. 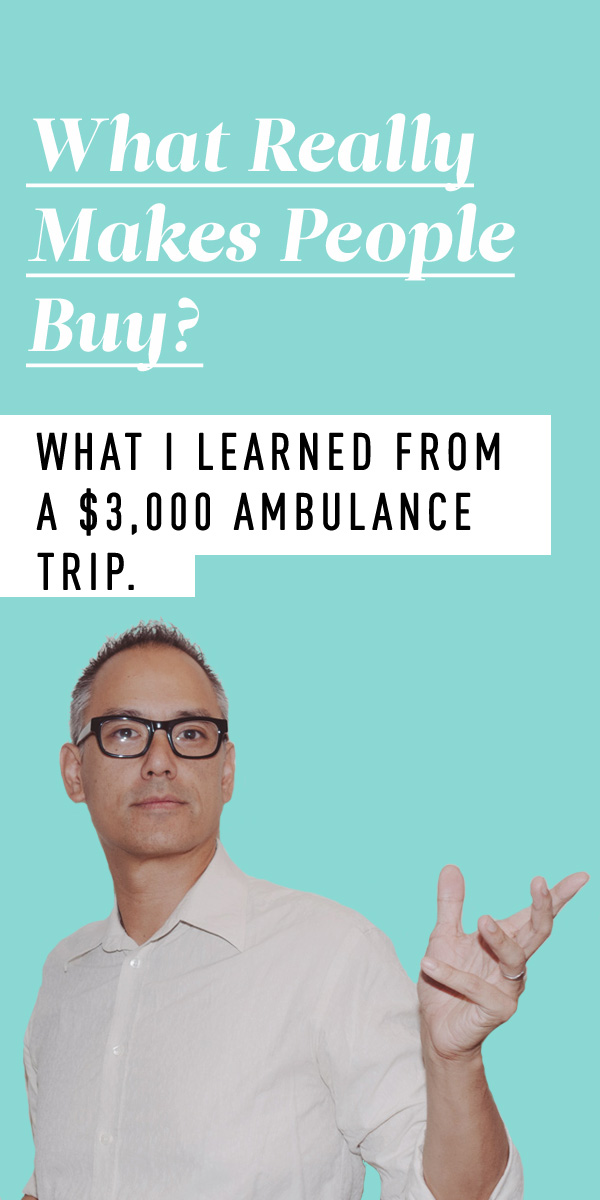 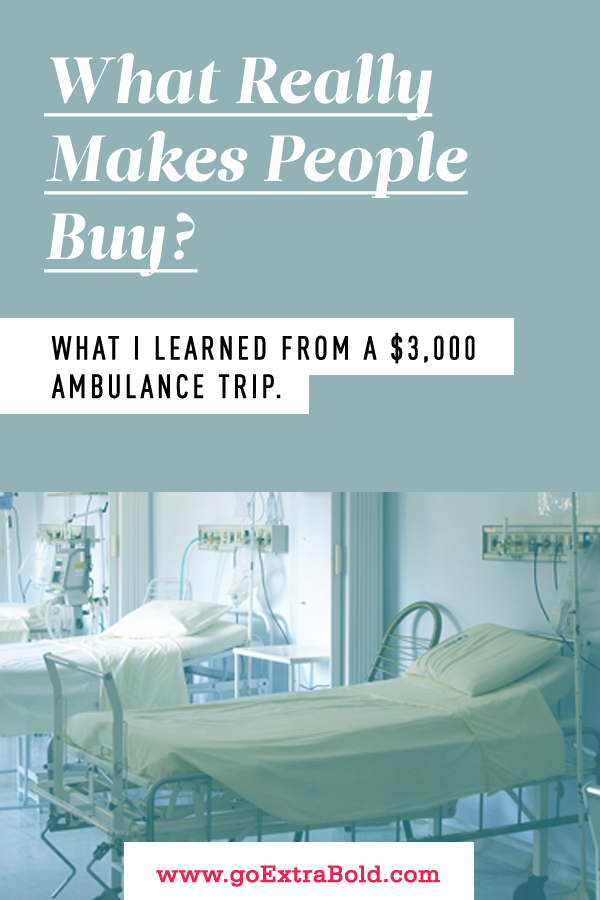 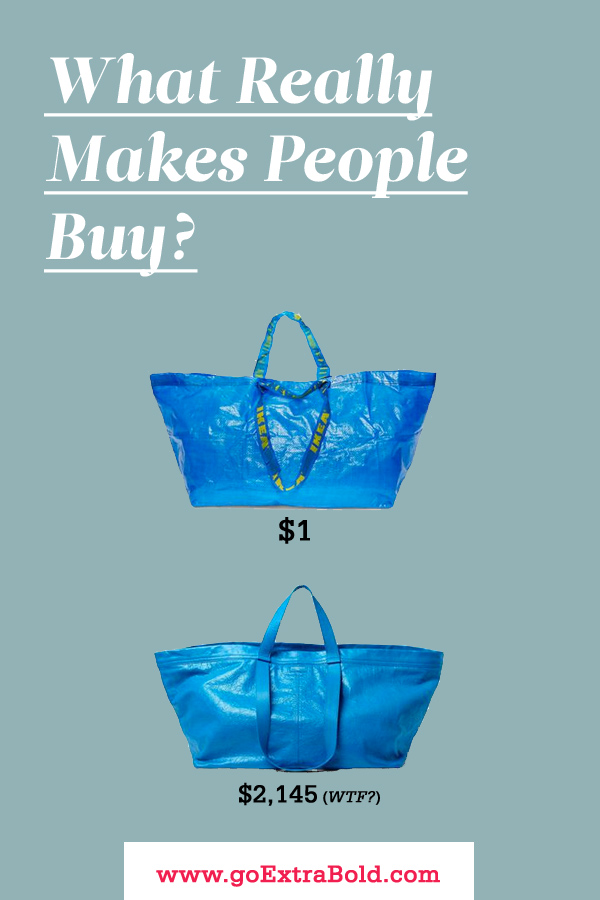 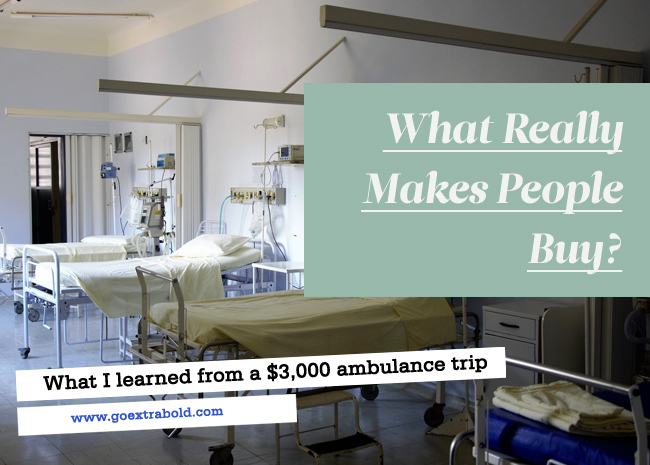 The pain came in waves, each more agonizing than the last.

The best way I could describe it would be to imagine that your stomach was a sponge, and a raging, 500-pound gorilla was trying to wring it dry.

Naturally, I googled “stomach pain.” But the thing about having too much information is that you go from “Huh, this hurts” to “Oh my god. I’m going to die” in a few clicks. Thanks WebMD.

Anyway, I finally decided to haul my ass over to the urgent care facility, and no sooner do I step in, than the doctor says, “We gotta call 911.”

When the medics arrive, I was on the phone with my wife. I figured it would be impolite to keel over dead without telling her.

Now, it so happens that not too long ago, a friend of ours got a $3K bill for an ambulance ride, so my wife asks me, “Are you sure you don’t want me to come over and drive you?”

I pause for a spit-second to think about it.

Part of me says that I’ll probably live and I don’t want to pay $3k. The other part screamed, “What the fuck are you thinking? You’re about to die! Get to the damned hospital now!”

An ambulance it was.

And there are two lessons in all of this.

First, when anything is urgent and pressing enough, people will pay the money. Now, I get that this example was about life and death, and that makes it easy. But there are all forms of blistering needs that cause plenty enough pain, and companies get you to spend all the time.

There’s the agony of insecurity. The fear of loss. The misery of uncertainty. And so it goes.

When you understand how you address these deeper, more pressing needs, everything changes.

There was a Balenciaga bag that, I kid you not, basically looked like an IKEA bag (you know…those blue bags from IKEA that you buy at a checkout line for ten cents?) that sold for $2,145.

But people pay it, because ego. (Which, by the way, is where most luxury goods fall, and it’s worth billions in revenue every year.)

Here’s another example of a need: at Disneyland, you can get a VIP tour for an extra $1,890 (on top of the basic tickets). Why would you want that? To skip the lines. Think about that. A couple thousand bucks just to skip lines.

Not to mention, anyone who has ever paid the extra insurance for a rental car, which is a flat out awful deal, knows the value of peace of mind.

Which is all to say, you don’t have to be a commodity.

But it’s not about what you offer. It’s about figuring out what people really want. You have to tap into that nerve.

When employees at Disneyland first left the property to eat their meals, he insisted that they stand in line with the visitors and ate the same food. Why? To see what they were experiencing and listen to what they were saying.

He didn’t let management spend their days behind the desk at the park for the same reason. He made them get out there to watch how guests behaved.

The Disney experience is cited as the number one reason people tell their friends and come back.

But there’s also a second lesson I learned from my trip to the emergency room.

As I was lying there, writhing in agony, convinced I was going to die, I didn’t pray for more epic experiences or an Instagram-worthy life, traveling to the far ends of the Earth. I didn’t think about massive fame or endless fortune.

I wanted time with my family. With my friends. More sunrises and sunsets. More learning. More doing.

Related: Why You Have No Clients and How You Can Fix It

I recently heard that pain is the differential between what you have and what you think you should have.

And with all the talk of bigger and better and the constant chase for likes in this drug drip culture where we’re all stuck riding the validation train, it’s easy to focus on everything you should have and to forget about what you do have.

But it kills the value of your time.

And it’s the one thing you can’t afford to waste.

People spend so much time trying to escape their lives that they forget that just doing what you need to do, enjoying the time you have, and being around for it all is an adventure in itself.

You’ve got all you need.

The real question is whether you’ll use it…

Oh, and on the off chance you’re wondering about the cause my pain and suffering, it was just a gallbladder attack. Not nearly as dramatic as it felt. But, man, they really, really hurt. I don’t recommend it for anyone.

GET THE DOWNLOAD: Sign up for my free influence course, and you’ll also get a link to my Dark Arts of Subversion guide in your inbox. (All I ask is that you share the guide with others.)